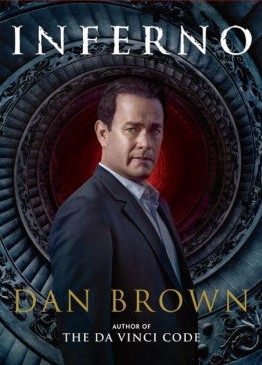 The decisions of our past are the architects of our present.

When every province of the world so teems with inhabitants that they can neither subsist where they are nor remove themselves elsewhere… the world will purge itself.

When swimming into a dark tunnel, there arrives a point of no return when you no longer have enough breath to double back.  Your only choice is to swim forward into the unknown… and pray for an exit.

… the best compass you have is your subconscious mind. It’s basic psychology.

Compassion is a universal language.

Nothing is more creative… nor destructive… than a brilliant mind with a purpose.

The human mind has a primitive ego defense mechanism that negates all realities that produce too much stress for the brain to handle.  It’s called denial.

No man is more prideful than he who believes himself immune to the dangers of the world.

Just because the human mind can’t imagine something happening… doesn’t mean it won’t.

I’m a fan of the truth even if it’s painful to accept.

It’s the age-old battle between mind and heart, which seldom want the same thing.

Oftentimes, those special brains, the ones that are capable of focusing more intently than others, do so at the expense of emotional maturity.

… avarice [is] an international sin.

The WHO feels strongly that the widespread availability of contraception is one of the keys to global health – both to combat sexually transmitted diseases like AIDS and also for general population control… And the Vatican feels differently… They have spent enormous amounts of energy and money indoctrinating third-world countries into a belief in the evils of contraception.

Treachery was the act of betraying a loved one… an act Dante [Alighieri] considered so vile that he had Judas banished to the inferno’s innermost core.

I do not fear death… for death transforms visionaries into martyrs… converts noble ideas into powerful movements.

A kind of shock treatment for worshipers – a physical space imposing that those who entered felt dwarfed, their egos erased, their physical being and cosmic importance shrinking to the size of a mere speck in the face of God… an atom in the hands of the Creator.

Expect the worst from people who hold power.

The worst kind of loneliness in the world is the isolation that comes from being misunderstood.  It can make people lose their grasp of reality.

In dangerous times, there is no sin greater than inaction.

View all posts by JellSoL